We use cookies to ensure you get the best user experience on our website. By continuing to use this site, you agree to the use of these cookies.
Find out more
Spread the love

Kyle Fadal, owner and General Manager at TexaScapes, was concerned about the hundreds of hours he spent measuring properties, which would rather be spent on selling. He often ended up with inaccurate measurements, causing him to lose out on bids to competition. However, an even larger concern for him was his lower-than-estimated profit margins.

This was until he started using Attentive in February 2022.

Now, with Attentive doing all the heavy lifting, the time taken on the entire bidding process has been reduced by ~70%. He only makes edits on the AI-generated takeoffs that Attentive provides to add additional detail wherever he feels necessary. 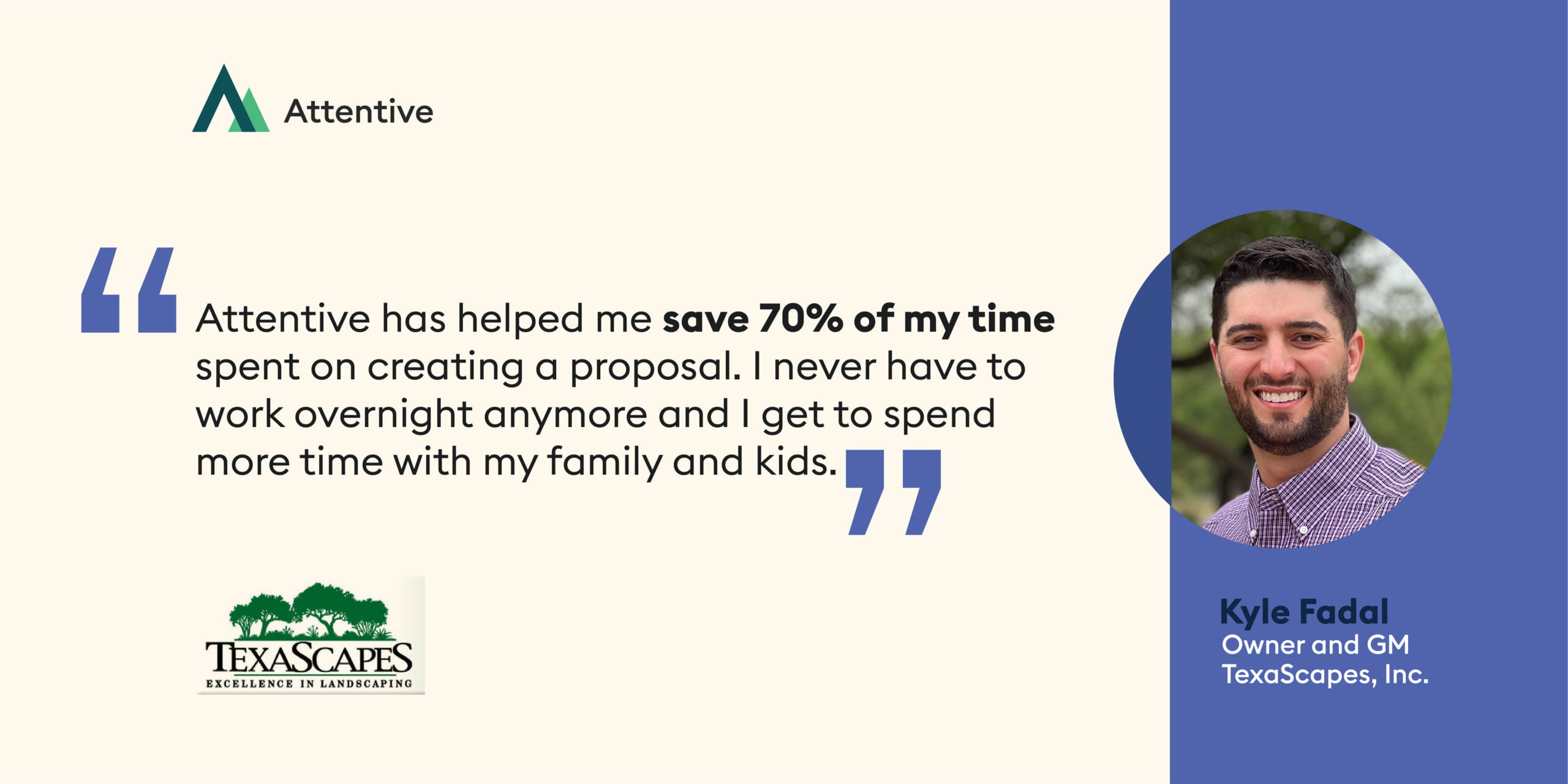 We asked Kyle how he spends the extra hours he gets now that he doesn’t need to manually measure properties anymore. “I get to do a better job as an owner and General Manager, spending time maintaining customer relationships, purchasing equipment, supervising the crew, and identifying potential problems before they become big problems.”

Our favorite, however, was when he mentioned he gets to spend more time with his family and kids since he no longer has to work overnight.

Profit margins have increased by 10%

Inaccurate estimates caused Kyle to often mis-estimate the amount of material required to finish the job.

When he overbid, he ended up with wasted material and often allocated more labor than required for a job. When he underbid, he had to make multiple runs to suppliers to procure more material. 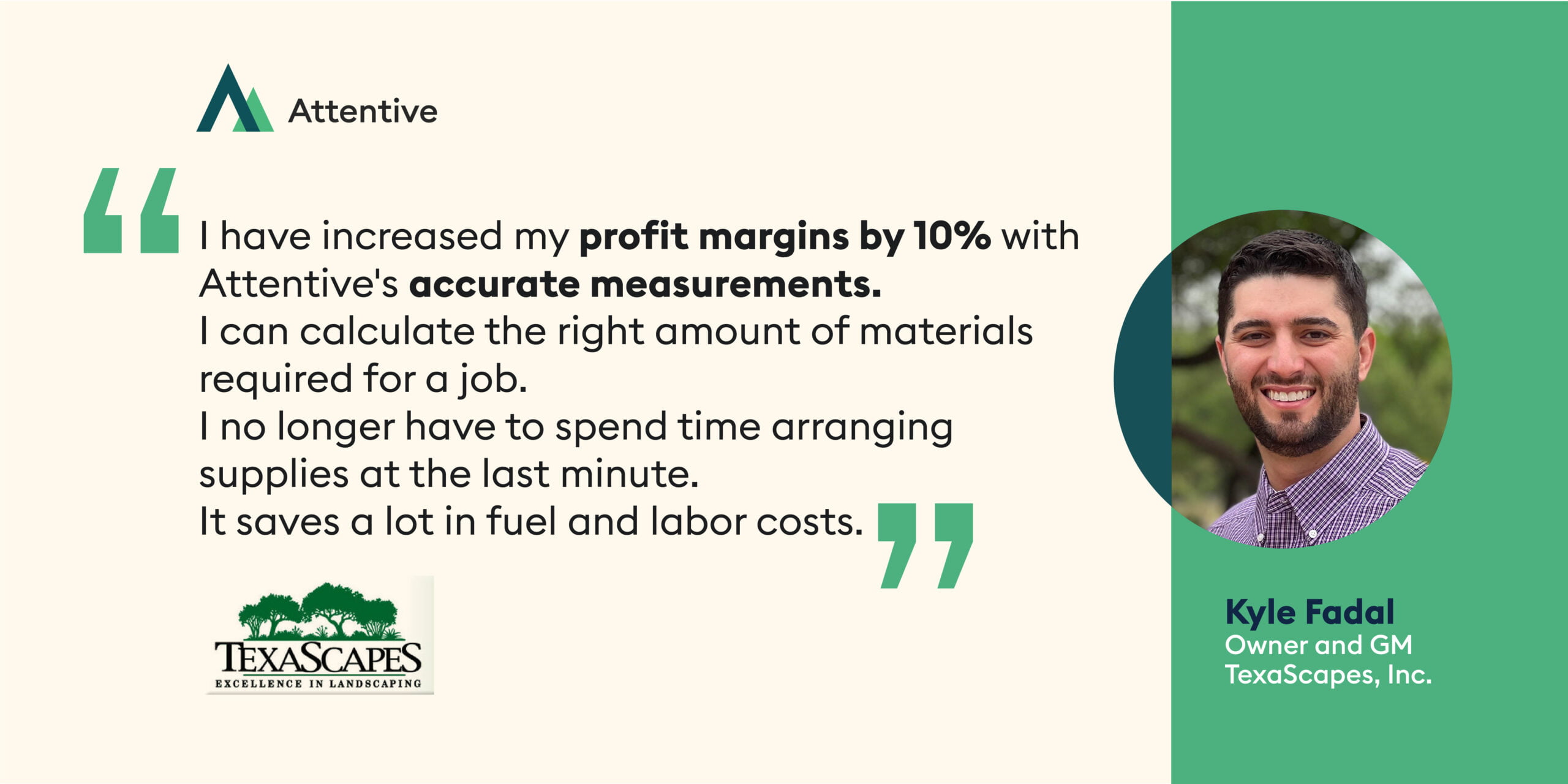 Now, using Attentive, he is confident of his numbers because the takeoffs are much more accurate. He can calculate the exact amount of material and labor required. This saves him time and money.

With accurate measurements, his profit margins have increased by ~10%.

Kyle is using Attentive to create a better experience for his customers. He is always more prepared than his competitors. Attentive’s detailed sitemaps help him present a clear and professional picture to his customers.

Here’s what Kyle said, “I have a 100% close rate with Attentive. My customers are always impressed with the depth of my knowledge on the site, giving me an edge against competitors.” 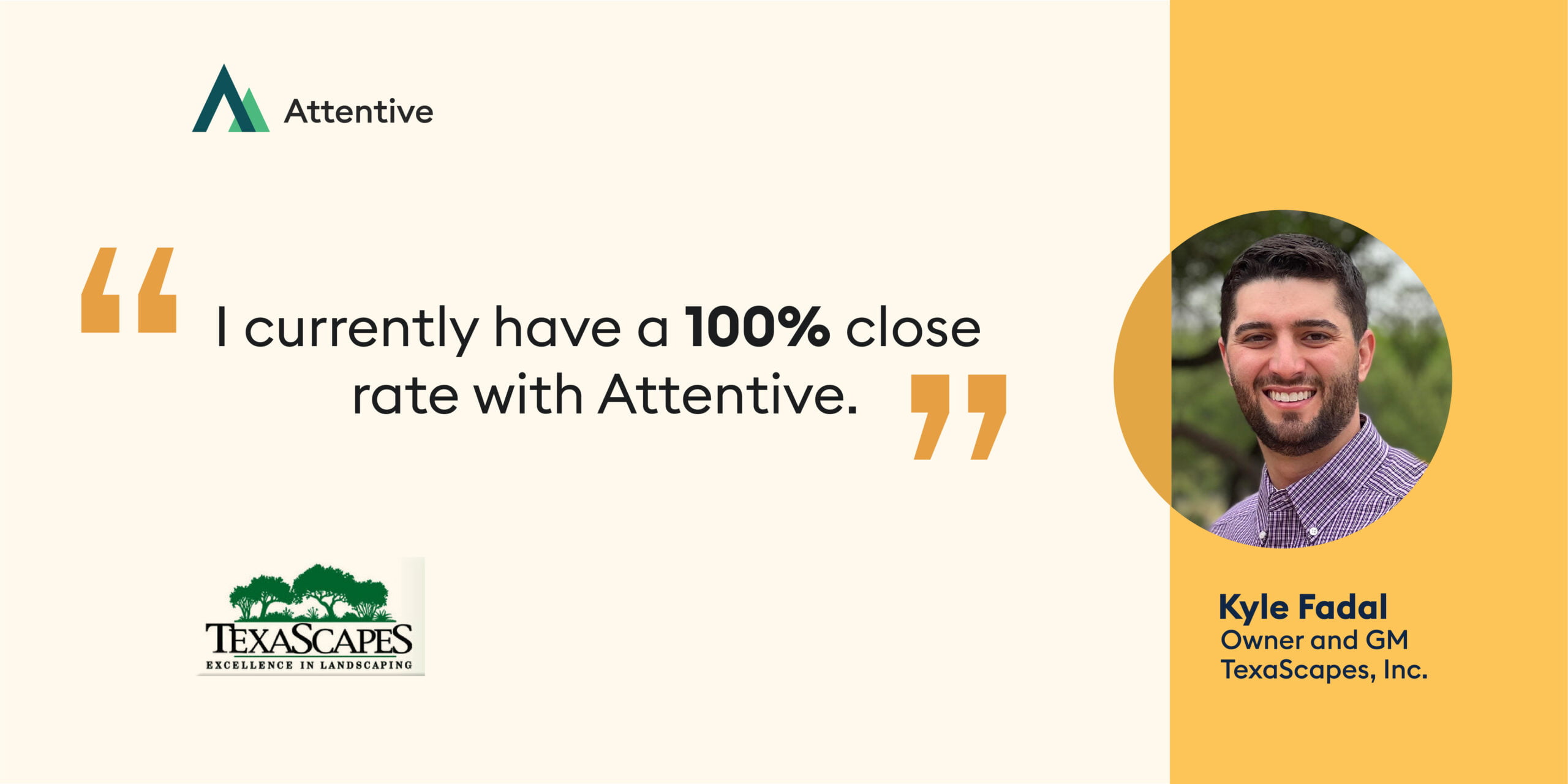 An underrated benefit, according to Kyle, is the excitement among his managers about the possibility of what they can do with better imagery, mapping, and measurements. It makes them realize they can provide better service to customers and in the end, become a better company.

How Attentive can help you

Attentive’s software ensures that TexaScapes always provides an accurate bid to its customers in less than half the time it took them before. This has ensured higher profit margins and better win rates. 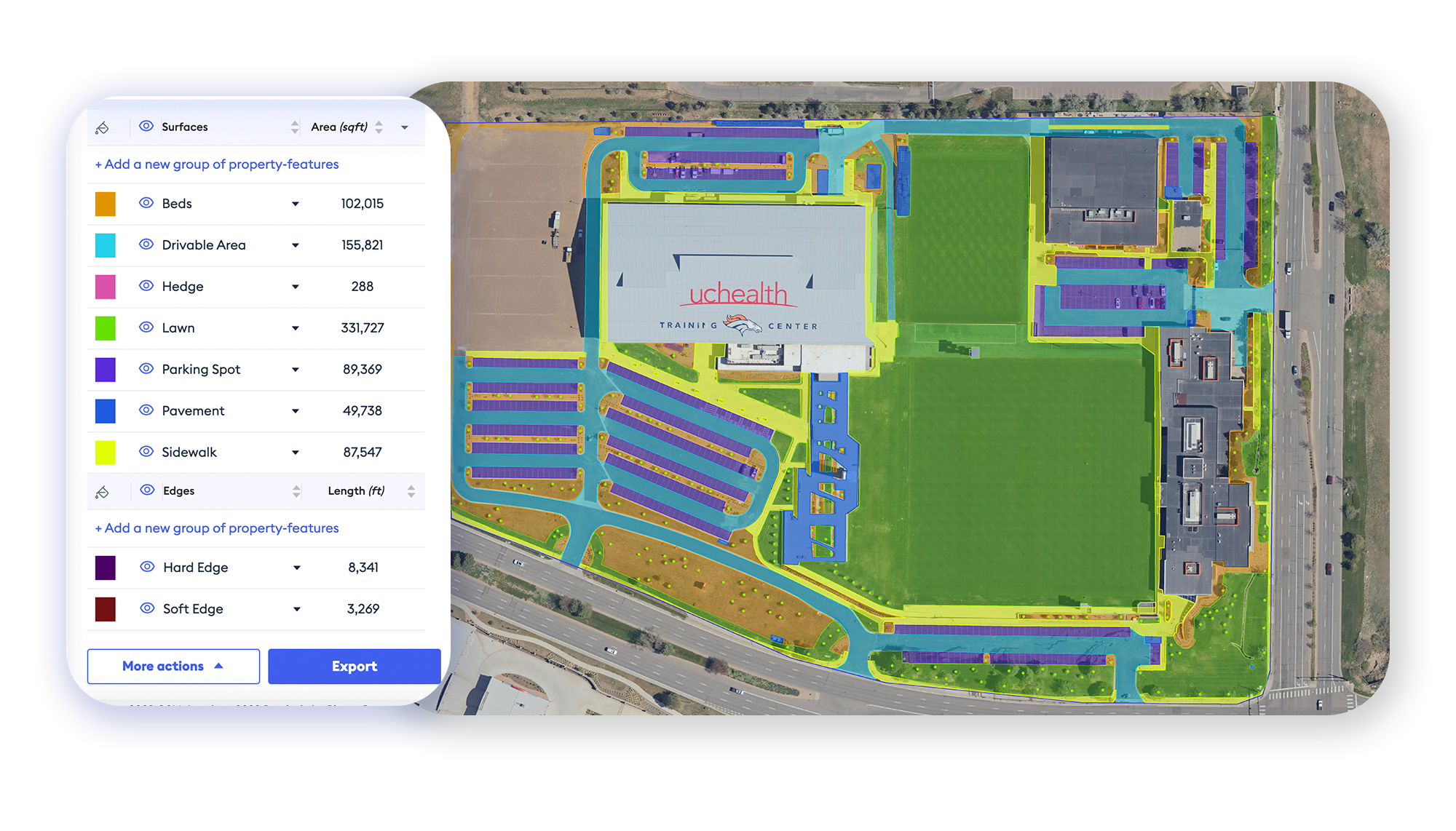 The benefits of automation are noticeable instantly with Attentive. Test it out for yourself and compare the numbers between measuring manually and using Attentive.

Attentive’s automated takeoffs help over 200 companies save thousands of dollars and reclaim hundreds of hours. To know more about how it can help your business, talk to us today.

We write to delight you. Our team of writers come from diverse fields - technology, management consulting, marketing and the green industry of course. Our aim is to help you learn the best business practices to help you to grow your business. View all posts by Team Attentive